We have a chapter all about the history of the business of the FIFA World Cup, in this new book '

We have written Chapter 2, a summary history of the World Cup and its variations.
More information here 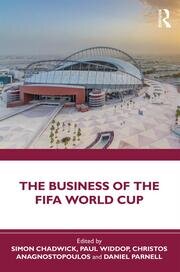 Call for papers: The origins and evolution of professional football clubs from a management and organizational history perspective

Each week, millions of people around the globe consume association football as spectators.  They do so ‘in person’ at football grounds, or via broadcast media, meaning that the modern football consumer can enjoy the leagues of their own countries, or globally either as a live event or in pre-recorded or edited highlights format. In recent decades, association football has become a global phenomenon thanks to the appearance of new formats of television and to the liberalization of the transfer market. Football clubs are the basic unit of the chain of institutions – leagues and federations – which form the hierarchy of globalized football, and their management and organization are highly complex.

Indeed, the main beneficiaries of the accelerated globalization of football have been mainly the professional players and, especially, the big stars. This is not the case for the football clubs, which have many problems to convert the great availability to consume football into income and, above all, into profit (Gillett and Tennent, 2017). One of the reasons is the characteristics of a public good which define football, leading to the emergence of the problem of “appropriability” (Buchanan, 1965; Demsetz, 1970; Coase, 1988). Another lies in what has become known as the “economics of superstars” (Rosen, 1981), since extremely talented football players have a disproportionate bargaining power. This happens because owners of professional clubs tend to prioritise sporting success over profit (Sloane, 1971). As football has become liberalized, the capacity to attract the great figures from this sport is what has created the distinction between the clubs that have become global and those which have remained as local, the competitive capacities of which have declined significantly.

We are interested in organizing a session for the European Business History Association 2022 Congress. Our aim is to study the origins and evolution of professional football clubs from a management and organizational history approach. Studying the football industry from a business history perspective is not just relevant and important, but also allows participation in several of the debates open in business and economics fields, including the role played by consumers in the shaping and evolution of an industry; the evolution of an industry toward a structure with an ‘economics of superstars’ character and its consequences; the evolution of the distribution of income among workers (top players and the rest); strategies applied to appropriate the majority of the availability to pay to consume a good with the characteristics of a public good (or of a club); strategies for developing and retaining human capital; and international business and global expansion strategies.

The main objectives of this session are twofold: Firstly, to examine the history of sport (often looked at from a sociological or cultural perspective) through the business history lens, thus contributing to a developing stream of research including Dizin et al (2004), Walters and Hamil (2013), Gillett and Tennent (2017) and Fernández-de-Sevilla (2021). Secondly, following Gillett and Tennent (2020) to broaden the realm of business and management history by providing opportunities to look at themes such as project industries, or the role of not-for-profit organisations in busines.

-       Analyses focusing on the evolution on specific sub-sectors of the management and organization of professional football clubs (leagues, wages, television rights, advertisement, formative football, and the like),

Eligibility and how to apply:

Applicants should submit an abstract of no more than 500 words (preferably around 350) outlining their proposal, and a short CV by 31 December 2021 to tomasfernandezdesevilla@ub.edu, mentioning ‘Session of Professional Football’ in the headline. Selected applicants will be informed by early January 2022.

Please note that once arranged, the session will have to be approved by the congress organizers.

-       Gillett, A.G. and Tennent, K.D., 2018. Shadow hybridity and the institutional logic of professional sport: Perpetuating a sporting business in times of rapid social and economic change. Journal of Management History.

-       Gillett, A.G. and Tennent, K.D., 2020. Sport and project management: a window into the development of temporary organizations. In Handbook of Research on Management and Organizational History. Edward Elgar Publishing.

We were delighted to win the prestigious "best development paper" of the 'Management & Business History' track at the 2021 British Academy of Management (BAM) Annual Conference.

We presented our paper 'Evolution of Public Services: UK Leisure Centres in the Late 20th Century' which built upon the presentation given to the University of Reading ROSES seminar series in August.

We hope to develop this paper into a chapter for publication in a forthcoming book about the evolution of public services, to be published by Emerald in the 'frontiers of management history' book series.

Posted by Alex Gillett at 02:17 No comments:

ROSES: Evolution of UK Leisure Centres in the 20th Century

On 20th August we co-presented a presentation to University of Reading's ROSES (Reading Online Sports Economics Seminars) on the development of leisure centres in the UK in the mid/late 20th century.

We really enjoyed doing the talk and are very grateful to Professor James Reade and the Department of Economics at University if Reading. We are also very grateful to everyone who attended or who emailed us with comments and questions.

ROSES is a fantastic weekly seminar series and we urge you to attend their online Friday afternoon seminars if you get the opportunity.

Here is a weblink to a recording of the seminar for those who wish to view it:

Posted by Alex Gillett at 01:59 No comments:

Olympic Soccer is Kicking Off! 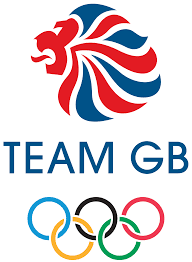 Today the first games of the Olympic Soccer Tournament are taking place across Japan. Postponed since 2020 it feels a huge relief that they are actually here, and from a spectator point of view, so hot on the heals of the regional championships (from our European perspective, the UEFA Euros) it feels like a summer feast of football.

Rather than individual Home Nations, for the second time ever there is a combined Team GB for women's game, although there will be no men's team.

Elsewhere Australia beat neighbours New Zealand 2-1, Netherlands won 10-3 (yes ten-three!!!!!) versus Zambia, but most surprisingly of all Sweden won against the USA by a clear 3-0 margin. That the USA lost is a slight surprise, but for Sweden to do so in such a confident manner was not predicted.

Team GB next play on Saturday 24th July  in a big game against hosts Japan, before completing the group stage next Tuesday 27th July.

Historically, The USA won inaugural Olympic Gold for women's soccer and have tended to dominate it ever since. But the Olympic Football tournament more broadly dates back to 1900 when an Amateur Great British mens team won Gold, and in fact won it again in two out of the next three editions (the exception being 1904). So, Great Britain does have genuine Olympic Gold heritage.

FACTOID: Why no men's team in 2012? The BBC website perhaps articulates it best:

"In 2012, when London was hosting, Team GB put forward a men's team for the first time. But subsequent attempts to re-form in 2016 were shelved after the Scottish, Welsh and Northern Irish football associations didn't back the plans and they haven't been tried again. Because of England's failure to get out of the groups at the Under-21 Euros, Team GB wouldn't have qualified anyway."

Posted by Alex Gillett at 08:15 No comments:

We are very pleased to present our full technical report, which includes a detailed summary of our predictions of the UEFA Euro Championship 2020 (held in 2021).

We conclude that the tournament was exciting and also somewhat unpredictable, and compare our own predictions with those of other publicised predictions and scenarios including Daily Mirror and University of Reading.

The full report can be found here

Posted by Alex Gillett at 04:36 No comments:

Euro 2021 Round of 16: England Prevail but Brave Wales Stumble

Of the British Home Nations, valiant Scotland fell at the Group Stage, meaning that only England and Wales progressed to the Round of 16.

Predicting the results, Alex was not very confident of Wales nor England's chances, predicting the Welsh exit (although underestimating Danish firepower) but not calling England's rare win over Germany.

Kevin believed Wales would beat Denmark after a penalty shoot-out, but also predicting that Germany would prevail of England after yet another shoot-out.

The dice correctly predicted a Wales defeat and an England victory, as well as some high-scoring games.

Overall, Alex and Kevin both correctly predicted 2 correct outcomes but no correct shorelines. The dice however got an amazing 5 correct outcomes and even 1 exactly correct scoreline, bizarrely predicting the eight-goal thriller between Croatia and Spain, we did not see that one coming.

So, we conclude that this was a chaotic and seemingly random set of results but very entertaining. Roll on the Quarter-finals...

Posted by Alex Gillett at 12:12 No comments:

We are two management academics at the University of York, UK. This blog exists as a platform to publicize football related research and general discussion. Something like Saint and Greavsie meets University Challenge. Back of the net!
Buy official Soccer-Mad-Boffins merchandise and souvenirs from our online store!